How Can Noses Be Part of A Culture?

When I think of Iran, lots of different cultural and social aspects come to my mind. Surprisingly, the cosmetic operation is one of those things! But how did the nose job find a way into Iranian culture?

I was thinking of writing about the cultural differences between Iran and Italy, which I have seen and felt since I started living in Italy. I thought of hundreds of big and small details from the food to architecture. But when I was in Malpensa airport standing in the line for check-in, I saw something which I couldn’t avoid forgetting it. It was the faces. Of course, a Middle-Eastern face is pretty recognizable, but the face which I am talking about is different. Its an exaggerated look with surgery. All the women in the line had small leaner pointed noses except a few of them who were old, or those who were not Iranian and of course one or two exceptions! Suddenly I felt like I’m already in Iran.

You may not notice a surgical nose quickly, but I have seen so many noses with beauty surgery that I can discern them from 100 miles. This is certainly now a cultural issue; Something which is rooted in today’s Iran culture and the definition of beauty not only for women but also for men. That’s why I thought I should first write about this because no cultural differences are as noticeable as this one!

What I observed led me to check the world statics about cosmetic operations, and what I found out was pretty surprising for me. According to the 2013 survey of ISAPS, the USA, Brazil, and Mexico are the first three countries with the highest rate of beauty surgery; Italy stands in the seventh place, and Iran is number ten. But the highest percentage of aesthetic procedures in Iran belongs to nose jobs. These surgical procedures are most common among women; however, the male population is undergoing surgery.

In the past few years, I have seen so many friends having nose surgery. It has become so common that nobody even questions it. It is not even a minor surgical procedure because the nose is a super-sensitive part of the body. Usually, after the operation on the nose, the whole face is swollen for days, and the eyes are full of blood. After the first painful period, the patients still have to be careful and see their doctor regularly. They also need to put a band-aid on their nose for months. I remember when I was a high-school student, some girls were putting band-aids on their noses without even having any surgery. It was an act to show how cool or stylish they are. These days, having a surgical procedure done on your nose is an act of being modern and fashionable.

Since Iran is an Islamic country, women should cover their bodies, and the face and hands are the only parts that can be left uncovered in public places. Therefore, most of the concentration for presenting beauty for women is on faces. Small noses and big lips have become the trend of attraction for ladies in Iran. This trend has become so widespread that even people with low income and so many social and financial problems can’t avoid such surgeries. It is more of a psychological problem in which people are afraid of not being accepted in society. A high percentage of these aesthetic procedures happen for cases with no need for surgery, yet people who decide to have cosmetic surgeries don’t feel confident enough to be accepted in society.

Why do lots of Iranian women have fake faces?

But the problem won’t be solved even after the surgery. So many of those who had cosmetic surgeries won’t feel better about themselves afterwhile. Some of my friends have told me that their operation wasn’t even successful and their noses didn’t turn out to look like how they wanted. Still, this doesn’t stop them from having even more surgeries.
A research done by Nahid Mozaffari Niya, Majid Kazemi, Farrokkh Abazari, and Fazlollah Ahmadi, showed that most of those who had a cosmetic operation had the following reasons for doing so:
– Obtaining a chance for a better life (like finding a job and high social status, finding the right person to marry, finding a living position with the knowledge given by God)
– Obtaining acceptance in society (such as drawing public attention or of the opposite sex)
Cosmetic surgeries have become a body of Iranian culture nowadays. Something like Persian carpets and cats! Some of my foreigner friends asked me why do lots of Iranian women have fake faces? Since this issue is so widespread in Iranians who live both in Iran and outside Iran.
It is such a big surprise that how something like cosmetic surgeries become more of a concern than social and economic problems in a country with a high percentage of dissatisfaction. Even when women fight for their freedom and their most basic rights, they can’t see such a big injustice that they are having against themselves. 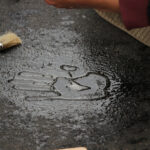 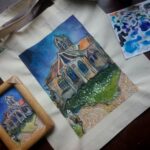 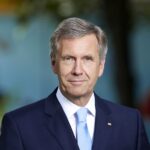