Women like pink. They are also empathetic and nurturing, often shallow and – of course – the more beautiful of our two genders. Then there’s men. Dark colours, strength and a tendency to violence are things we connect to masculinity. But why is our society so obsessed with gender? And what about the people that fit in neither of the poles of this binary spectrum?

People wonder: What does femininity mean for me? How do I live my masculinity and how do I get to be masculine? The answers may be linked to your attitude, to self-awareness and confidence. Also a lot of the gender identity of some people seems to be shaped through their physical appearance and role in society and family.

With the ongoing changes of gender roles and rights this can lead to confusion and disorientation. To connect masculinity with protector and provider has now sexist connotations and some even feel like our society loses the sense of how important gender is for the human identity – probably the ones who would’ve benefited from the former situation, the ones who would’ve fit into the narrow gender roles without a problem. Meanwhile several movements fight for a more nuanced perception of gender, away from strict patriarchal gender roles and ambiguous vocabulary.

And with sex I mean the physical characteristics of one’s body, what did you think? The sex of a person doesn’t have to be the same as their gender identity. One can be assigned female at birth (afab), have an uterus, vagina, two X chromosomes and everything that comes with the female sex and still identify as the gender male. If you are in this situation and choose to transition you are assigned female at birth but body sex and gender identity are male.

Then there’s gender expression, something that can reflect your gender identity but doesn’t have to. I for example are assigned female at birth and identify as cis gender, which means my gender identity is the same as my sex assigned at birth. But I still enjoy questioning people’s perception of gender and playing with the stereotypes of typically masculine or feminine fashion. That doesn’t mean my identity as the gender female is any less female than the identity of my pink-loving long haired friend – it just means my gender expression tends to be more androgynous. You may notice you still know nothing about my sexual orientation. That’s the case because the fact that I’m an afab women has nothing to do with who I love – sexuality and gender exist separately.

In our society the obsession with gender starts early. Boys sleep in a baby blue room, play with toy cars and later watch themselves as the heroes of their action movies.

As a woman you are supposed to be sensitive, spent a lot of time making the best of your appearance and are not good at maths. But these are only the shallow stereotypes. What about the different kind of jobs and studies? What about the ongoing question of “why don’t you want kids?” as a woman, while a men rarely has to deal with that. What about the constant demand for men to show strength, not to cry – to “man up” one could say. It’s one of all the ways our perception of gender got imbedded in our language. With the language again strengthening those gender stereotypes we create a circle of reinforcement.

Not only do we link gender to the language, but also to the sexuality. A women not dressing particularly feminine or being not considered beautiful in our western standards suddenly becomes a lesbian and a man wearing pink is surely gay. In our society the desired way of gender expression – traditionally male or female – gets tied to the desired sexual orientation – straight, because nobody would like to be homosexual, of course.

And what if you don’t fit into these gender roles?

The fact that people outside of this gender binary weren’t even mentioned in the recent f1rstlife articles about gender identity already shows a big part of their struggle: constantly having to fight for being heard and acknowledged.

Our language is still completely centred on our binary gender system. But what if you feel you fit in neither of those genders? Or both? Or whatever your identity may be outside of our binary cisnormativity? How do you, for example, choose on a formula: Ms. or Mr.?
How do you answer if someone misgenders you? Correcting them and risking a political debate that casually questions your right to exist? Or just ignore it and bear the ongoing disorientating experience?

Our current strict gender binary with outdated roles restricts and hurts people. Lucky for them it’s the latest trend to get free and ignore the traditional gender roles. That’s at least how the genderqueer movement often gets perceived from people outside of it.

The word “genderqueer” was created in the 1990s as an umbrella term for people feeling outside of the binary spectrum “male” or “female”. Nowadays people tend to use “non-binary” more often, at least if it isn’t in a political context.

Finding the origins of the genderqueer movement is hard since the vocabulary to express being outside of the normative gender-binary is in a constant change. As activist Riki Anne Wilchins wrote in 1995: “The fight against gender oppression has been joined for centuries, perhaps millennia. What’s new today is that it’s moving the arena at open political activism.”

So it’s only logical to see the recent upspring of gender related activism as a new development, with the internet giving spaces for discussion and dialogue. Nevertheless it didn’t come out of nothing; it’s just bringing more attention to a topic that was usually discussed in the dark giving the opportunity to people that identify as outside of the gender-binary to find the words to express themselves.

While we’re at it, let’s have a dip into this new vocabulary. I already mentioned the terms Genderqueer and non-binary covering different gender-identities that work inside of the gender binary, such as transgender people that transition from female to male/male to female, or gender-identities that require a completely different approach to the subject such as trigender, neutrois or genderfluid. A lot of these terms overlap and form an ever-expanding language that can be a bit scary for people new to this terrain. In the end most of the vocabulary in the genderqueer movement refers back to masculinity or femininity and is easy to understand.

Another aspect of this new always growing set of vocabulary are the pronouns used by genderqueer/non-binary people. While the singular they/them is most commonly used you actually can’t tell the pronouns of a person just by looking at them. They might also use the pronouns xe/xer, zie zir, ve/vis, tey/tem or anything else from the wide range of gender neutral pronouns.

Recently descriptions and titles get substituted with their gender-neutral versions, so that the boy-/girlfriend becomes the partner or lover, Ms. /Mr. becomes Mx. and so on. Several of these terms are by now even recognised in several dictionaries, though the reactions to this development on twitter rank from a simple “This is so ridiculous” or “Nononono” to “This is language assassination” and some less friendly comments I don’t want to mention here.
As it seems a lot of this new language is too complicated for us cis-gendered people. And doesn’t it seem a bit forced to just invent a whole bunch of new words?

Well, my answer to this complaint is simple: it can seem forced, but language always develops and since it shapes the way we communicate and think why shouldn’t we have a part in how it develops?

Gender identities outside of our binary norm have roots in different cultures over the last thousands of years. In south Asian countries “Hijra” is a blanket term for what we might understand as transgender or intersex and a legally recognised third gender. While the Hijras have only recently been recognised by law they have a well-documented history for thousands of years with their own culture and roles in society outside of “male” or “female”. Then there’s the “Two Spirit” People in North America, which we would probably call transgender and non-binary people. “Two Spirit” is also an international blanket term for several gender identities celebrated in indigenous tribes.

In Sulawesi, Indonesia they recognise four genders, that align with our traditionally male and female as well women who behave like men and men who behave like women, as well as a fifth metagender that is seen as a combination of all genders.

This has only been a small peak into the wide range of different cultures that recognize and honour genders that don’t align with our strict binary system. To completely write the modern gender movement off as just some new hype is completely ignorant towards non-western societies. Of course some part of it could be described as a trend. But it’s just part of a much bigger movement and it brings awareness and recognition to the people who actually need it, finally shifting the focus in the right direction.

Do we actually move away from our gender obsession?

The simple answer is no, not at the moment. At this point our society is simply learning that there is more to gender than the weak and pretty female and the strong and aggressive male.

We are not forgetting that gender is a part of the human identity (how much this is true is another question for another time; one we are maybe not yet ready to ask). We are merely learning to look at more aspects of this part of the human identity, developing a wider range of language so that we no longer have to fit into the narrow outdated perception of gender. It may still be a long way until we accept that maybe gender doesn’t define our identity as much as we think and we can move away from all these labels. But at this point of progression gender still holds such an important part in defining who you are and what your role in society is, that we desperately need all these labels, all this progression in our language. We shouldn’t just talk about male and female, but also about transgender and non-binary and agender and all the other labels that come with the genderqueer movement. 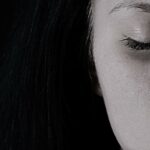 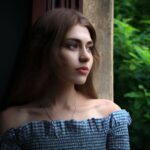 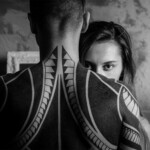 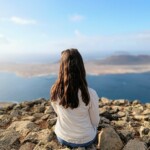