I want to talk about three charismatic personalities that I think have the potential to change your perception of life, success and happiness. Brenè Brown and Sir Ken Robinson shared the inspiring ideas that were close to their hearts in two of the most famous Ted talks of all times, whereas Jay Shetty is a contemporary philosopher spreading his ideas on Youtube and Social Media platforms. All three identified paradoxes inherent in our society and the world we live in and I wouldn’t bother sharing their stories if they didn’t come up with creative ideas how to overcome them.

Ted Talks are exceptional in a sense that they provide a unique opportunity for anyone to make him- or herself heard by a broad public. The audience can draw immense inspiration from different perspectives that allow them to break out from their usual thinking patterns in presenting new ideas and viewpoints. It is one of the most egalitarian exchange systems of ideas on a large scale for it is free of charge, mostly independently organised and globally available. Ted talks, therefore, contribute to educating the public, foster diversity of opinions and convey the message that it is worth listening to the ideas of ordinary people.

The paradox of our times

Let us start by asking what a paradox is. Brené Brown thinks to have found it in the observation that we take fat from our butts and put it into our cheeks. Ken Robinson ironically remarks that despite all knowledge we struggle to predict the near future whilst we equip our children with the means of yesterday to find solutions to the problems of tomorrow. Jay Shetty often starts his reasoning from something he calls the paradox of our times, manifesting itself for instance in the fact that the very technology that brings people close leads to distance between people, who are actually close. He builds upon these thoughts when suggesting new ways of looking at things, aiming at more genuineness, authenticity and sincerity. These character traits and how to accomplish them is part of the research Brené Brown conducted over the last decade.

There is perhaps no question in life that is more personal or touching than the one that asks am I enough? And as the research of Brené Brown revealed, collecting thousands of stories from all over the world, there is probably no question as profoundly difficult as this one. Yet, those people appearing to be capable of answering this question to themselves in a positive way shared certain characteristics and mindsets. Their feeling of worthiness derives from the sense of being worthy of love and belonging. Yes, it is as simple as this. But why, one is tempted to ask, do not only psychologists see people struggling with affirming the question on a daily basis?

My personal impression is that, when looking back, each and everyone can identify with a feeling of not being enough at some point. Therefore, even though the answer, in theory, is trivial, it is anything but easy to transpose it into practice. Notwithstanding, Brené Brown found traits, which are common to people that embody a sense of love and belonging. These traits essentially come down to, first, courage in the original meaning of the word as signifying the telling of a story of who a person is with the whole of his heart. Second, compassion to oneself and, subsequently, others. Third, authenticity, referring to sincerity and being the person one really is. And, fourth, vulnerability, meaning the exposure of the entirety of a person, including numerous flaws, failures in life and drawbacks.

In fact, in Chinese culture, for instance, dropping a vase adds to the character of the object, bringing uniqueness and beauty to the piece and often enough these damages are highlighted with gold ornaments. Transferring this notion of beauty and uniqueness into Western pop culture, Canadian musician Leonard Cohen sings “there is a crack in everything, that’s how the light gets in”. These fragments taken from arts and culture, together with the research of Brené Brown, add up to the understanding that worthiness and a feeling of love and belonging ultimately springs from wholeheartedly accepting oneself as a person, embracing shame and vulnerability and celebrating one’s flaws as source of beauty and uniqueness because this is essentially what makes humans who they are.

The definition of happiness

In essence Brené Brown presents a vision, fitting into the bigger picture of the art of happiness as based on mindset, way of life and attitude. Therefore, it could be the answer to what Jay Shetty calls the paradox of our times, citing Albert Einstein, who felt a lack of orientation in the Western hemisphere despite all beauty and prosperity. This discrepancy between society and the information era was also identified by the Dalai Lama, who denounced ever-wider freeways but narrower viewpoints and taller buildings but shorter tempers. In other words, while our technologies, economies and infrastructure may develop at a breathtaking pace, many forgot about fundamentally human ingredients to life such as compassion, morals, peace of mind or happiness.

“We have wider freeways but narrower viewpoints, we have taller buildings but shorter tempers” – Dalai Lama

In this world, Jay Shetty excruciatingly points at a mislead definition of happiness and success that follows the logic of profit and wealth, leading to the pursuit of perfection and the central desire to supersede our peers in a race to the bottom. These definitions have their foundation in the narrow-minded equations of happiness by teachers and scientists institutionalised in national curricula, influencing and stirring children into a business- and success-centred interpretation of happiness from a very young age in schools and universities. In his criticism of Western education systems Jay Shetty is not alone, in fact, the most prominent Ted talker of all time put forward his views on a necessary change.

As Sir Ken Robinson remarks in his humour-spiked presentation, education is meant to take children in an unforeseeable future, preparing them for challenges and opportunities exceeding our imagination. Indeed, and ironically enough, despite all expertise or experience humans struggle more often than not to predict even the near future let alone sketching the world in 2070, when nowadays’ youth retires. Therefore, extraordinary uncertainty arises, which is, following the thoughts of Sir Robinson, only levelled by the extraordinary creativity of children. In fact, Picasso had an understanding of children of being artists by nature with unlimited imagination and creativity inherent in their personality. Yet, where lies the controversy then?

According to Sir Robinson, national school curricula deprive children of their creativity in dictating academic agendas serving the interests of the economy. Even Picasso added to his view of universal creativity the reservation that the real art is remaining an artist while growing up. Due to strong hierarchy in the subjects taught in schools all across the Western world that prioritises natural sciences and languages over social sciences and even neglects particular arts such as dance altogether, children are educated out of creativity. Accordingly, the purpose of education is to impose a one-size-fits-all system upon a diverse set of humans in order to get the optimal result for the labour market.

Interestingly, nearly all school systems stem from the 19th century, when rapid industrialisation inflicted a blow to social identities. Industries grew and European-wide competition for exhaustible resources, influence and power followed suit, rendering education of the masses a political imperative of the time. The introduced curricula were based on discipline and imbued with a notion of success as constituting the lack of failure and, guess what, little has changed ever since. Mathematics and history are still amongst those subjects, occupying centre-stage, almost all children undergo the same philosophy of education, classrooms look the same and lessons are designed in such a way that the teacher shares his wisdom.

There are many people advocating reform, among them Sir Robinson, who denounces the ruthless squandering of talent and modern-day philosopher Jay Shetty, who condemns the blind-folded focus on success in schools. According to him, failure has the potential to lure success and, more importantly, failure is an integral part of success. He even goes as far as contending that lack of failure means to have never challenged oneself with anything new but having moved in circles of conformity instead. Indeed, the world hardly ever saw a success story that does not involve drawbacks and new starts.

There are numerous examples. Oprah Winfrey was confronted with a discriminatory view, when being told to be not fitted for television. Walt Disney, at an early stage of his career, was rejected as cartoonist in numerous publishing houses. Abraham Lincoln lost his wife, had a nervous breakdown, failed in business and lost eight elections but went on to become President of the United States. They all managed the hercules task to perceive of failures as opportunities of rethinking, reflecting and widening one’s view. Another thing they all have in common is their perseverance in fighting for what they believe in. They all were convinced to be good enough. In that sense their sincerity, authenticity and, notably, their wholehearted embracement of vulnerability lead to success. And it is right there where the intersection of Brené Brown’s findings, Jay Shetty’s teachings and Sir Ken Robinson’s call to cherish creativity intersect.

Happiness can be found within

Despite their differences and diverse backgrounds as professor, philosopher and social researcher there is the guiding principle of authenticity that connects their views. Notwithstanding, they still seek slightly differing ways to overcome the identified paradox. Jay Shetty, for instance, ends with the observation that we run around indefatigable and blinded until we make the discovery that peace of mind and happiness actually lies within ourselves. This is propounded by a children’s book in which a mole desperately travels the world, searching for the right medicine for his friend, the mouse, lying sick in bed. He got the tip that “chamomilla matricaria” can cure the mouse’s sufferings. Being unable to find the plant he returns home from his long journey with no hope left, only to discover that the needed camomile was growing right in front of his home. The only thing left to do was to brew a tea and the mouse felt better soon after. Therefore, sometimes what seems far is close and what you are looking for may be found in your home or right around the corner, where your friends and family live. So let us alter our perceptions of success and happiness and make it – in the words of Jay Shetty – to revolve around the size of our hearts not of our homes and gratitude instead of gratification. This ultimately comes down to what Brené Brown proposes: the pursuit of authenticity. Happiness is always close if we start cherishing the small things and be who we really are. Let us aim at more genuineness, authenticity and sincerity in order to make human connections meaningful because in the end it is our relations to others that matter the most. And… let us start by reforming the education system. 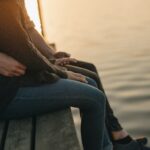 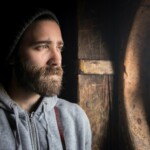 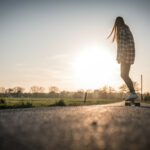 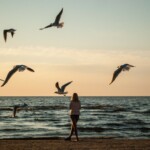