Impact of Parental Conflicts on Children

Scared. Shocked. He hides under his bed, his heart races with fear, while his mind muddles with thoughts beyond his comprehension. He struggles to understand what he just witnessed. Their physical altercations, hyped-up tones and raging tempers. Maybe it was all him, it was all due to him, it was all because of him that his parents fought once again. Absorbing this, he takes the blame and cries himself to sleep once again, as he has always done in times like these.

Conflicts are an inevitable part of our lives. Given the diversity of our experiences and variance of our thoughts, when people from different backgrounds are wedded together, conflicts are bound to arise on some matter of concern or the other. Having conflicts as a parent is not detrimental. What is important is the manner in which these conflicts are expressed handled and resolved. As arguing parents, when you lash out at each other at the top of your voice, displaying a heightened sense of angst, you scar the minds of your children.

Children are ego-centric. They tend to view happenings around them as being inherently relevant to them. Being naïve and innocent, they have a limited world view. For them, if their parents quarrel or if they get to witness any sort of abuse at home, they tend to blame themselves for all that happens.  They question themselves. They think of themselves as the pivot of emanating behavior. If their parents are angry, it is probably because of something that has to do with them.  They are unable to fathom the fact that the subject of their parents’ conflict may be something completely unrelated to them.

Impact of Constructive vs Destructive Conflict

Children are wired to be super observant. They learn and imbibe from whatever they see or hear. As a parent, it is your responsibility to understand how you handle marital strife. Pay close attention to how you respond to conflicts with your spouse. Do you do it in a constructive or a destructive manner? Constructive conflicts are the ones that are responsibly handled. If you have a conflict with your spouse over any issue, you make it a point to resolve it amicably by talking it out and by discussing it in a peaceful manner. There is no hurling of abuses, displays of physical aggression, name-calling, insulting, or threats of abandonment or divorce involved. Do not think that if you are not physically harming your spouse or hurling abuses, it will cease to impact your child’s mind. If you adhere to giving the ‘silent treatment’ and walk away from your spouse, refusing to engage in proper conversations, ignoring their needs, you are simply teaching your child an alternative mode of response to conflicts in life.

Destructive handling of conflicts by parents leads to role reversal, birthing what we call the phenomenon of parentification. Have you ever seen a child consoling one of his parents after a conflict or argument with the other parent? Or have you ever witnessed a child looking after the emotional and physical needs of his younger siblings since the parents embroiled in their conflicts have ceased to bother themselves with this exigent concern? This is what parentification is all about. It is the preventable and untimely maturation of a child due to a change in the home environment, primarily due to parental conflicts. The child steps in by taking the metaphorical role of the parent and struggles to fulfill the emotional and physical needs of the parents as well as the siblings.

This blurring of boundaries creates a conflicted sense of identity within the child. He advances into maturity quite early on and loses his childhood along the way. When such a child grows up, he finds it hard to divulge his personal emotions or afflictions since he does not want to burden anyone.  This leads to a consistent pattern of anxiety, resentment, grief that simmers within his heart for long enough and may at one point lead to an outburst when keeping such emotions under control surpasses his ability.

The immaturity of parents in failing to maturely handle conflicts changes the thinking patterns of a child altogether. He becomes emotionally insecure and develops fragmented self-esteem. Research reveals that children who are exposed to fighting parents on a recurrent basis develop fear, anxiety and apprehension. They also have grave issues developing associative relationships in life.  They develop adjustment problems and hence find it difficult to compromise in relationships. They repeat the cycle of conflict that they witnessed their parents engaging in. They may even grow up avoiding relationships altogether to do away with the fear of getting hurt.

Children who are victims of witnessing parental conflicts learn to develop aggressive responses to situations in life. They grow up to be moody and do not deem it necessary to respond politely to scenarios, since harshness is something that they have imbibed from their parents. ‘Fight approach’ is their first response towards conflicts since they are not familiar with any other viable means of handling conflicts.

Impact on Appetite due to Parental Conflict

It has also been observed that children who witness their parent’s fight every now and then, either experience a drastic loss of appetite or on the other hand startup consuming more than they ever did before. This variation is a result of their need to find comfort in their lives. Some do it by consuming food, others do it by avoiding it as a means of protest and resentment.

Lack of Concentration in Studies

Children lack the pragmatics of understanding the nuances of parental conflict. If they observe their parents fight, they will be confused and would want the parents to reconcile at the earliest. Failure to observe a reconciliation would occupy much of their mind and overwhelm their cognition. This potentially leads to a lack of concentration in studies because the child’s mind fails to focus elsewhere when its being pressed to navigate through his mom or dad’s argumentations.

This calls for conscientious handling of conflicts by parents, where they both are mindful of the harm they would potentially incur on their child’s psyche if they chose to fight in front of him. It must be realized that for adults, the exhibition of any sort of behaviour is a choice. For kids, most of the times, it is a consequence of the choice undertaken by their parents. To ensure the emotional stability of your kids and to help them imbibe good values at home, it is important that parental choices are sensible. 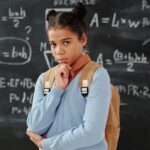 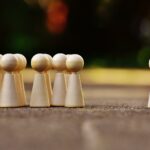 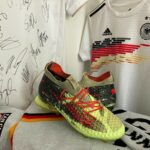 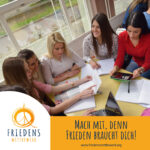