The meaning of maternal surrogacy

Most people in our society are not properly aware of the negative sides and effects of maternal surrogacy. A comment.

Maternal surrogacy is the procedure in which a woman hires her womb for the gestation of the child of another person or couple up until birth, in exchange for money or other things. In many countries this procedure is forbidden by law, as is the case in Germany and Spain, though many political movements now start to campaign for its legalization in their election programs.

From my point of view, most people in society are not properly aware of the negative sides and effects of maternal surrogacy. A procedure like this offends women’s dignity, as it entails searching for women eager enough to bear other people’s children, by choosing the ones with better genetics, and therefore discriminating against those who fail to fulfill the client’s requirements. Women are being reduced to a mere instrument in order to give birth.

Not only is women’s dignity undermined when they are chosen to give birth to a child which is not theirs, but the children’s dignity is grossly violated too with their very existence being agreed upon a price, despising the invaluable worth of human life. Campaigners who fight for the legalization of maternal surrogacy justify the price by comparing surrogacy to adoption, which are essentially different.

Maternal surrogacy reduces the birth of a child to a contract between parties, with the parents-to-be dictating the key points of their child’s existence, picking their physical features or gender according to their preferences. But the problem is: what happens when the contract’s clauses are not fulfilled? The agreement could simply be rescinded and the baby may be rejected.

Furthermore, the surrogate pregnant suffers from heavy stress and pressure under her economic, personal and familiar circumstances, being at the losing end of an unequally binding agreement. Such is the case when people travel from the first world to a developing country in order to hire assisted reproduction techniques: this fosters the risk of female exploitation, disregarding these women’s dignity, even though poor, needy surrogate mothers could easily be hired in the developed world.

As is evident, maternal surrogacy is far from being an easy way to become parents, but it is in fact a practice of thorny consequences, which fuels a rough and heated debate in the middest of our society.

I am Cristina Millaruelo Herrero, I studied Law degree, I am 22 years old and I am from Valladolid (Spain). 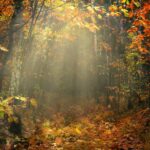 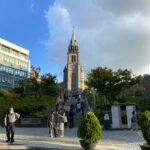 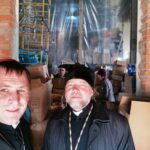 “Kirche in Not” in der Ukraine: „Der Winter wird schwierig“