Still today many children are forced into servitude and suffer from the cruel and harrowing treatment by their employers. We aren`t allowed to avert our eyes and speak up against human rights abuse. A comment.

Shackled, she yearned for freedom. Standing before the cage of exotic macao parrots at her employers house, she decided to liberate them. If she could not be extricated from the drudgery of servitude, at least she could free these pretty birds and witness them soar high in the sky. And that, she did. Little did she know  that her genuine act pregnant with the utmost emotions of love would sound a death knell for her. This was the angelic Zohra. Brutally beaten and kicked in her abdomen, later on abandoned at the hospital, the little girl bore the brunt of her benevolence at the hands of her perturbed employers.

Qualifying as the most recent reported case of child domestic abuse in Asia’s country Pakistan, this episode of violence reeks of societal as well as governmental failure in attempting to curb child servitude. It is estimated that Asia has about 70 million children in labour, out of which 50 million have no access to education, being out of school either as early dropouts or never have been given the chance to go to school.

Propellants and Factors of Abuse

Emanating from the socio-economic discord of the society, child servitude in domestic setting is a source of ‘convenient money’ for the guardians of the affected child. Promised against unverified and usually fallacious claims of ensuring child security under work, the poor child’s family in trusting the employers statements comes to be easily deceived. Even if they do know their child is being entrusted to exploiters, some are still ready to give in because it at least promises their child meals twice a day and a roof above his head. To their cognition nothing else matters.

Preferring young child workers who are not only economical to hire but also easier to dominate and exploit, the employers tend to abuse them behind closed doors. Refutation of an order or slight negligence by the little child workers is an offence grave enough mandating harsh repercussions. Since this category of abuse usually remains within the precincts of the home, being hidden, it is quite pervasive. Abuse may be in the form of long working hours where the child worker is continually on call and is not granted any leisure or rest time. Since there is no minimum wage settlement, it directly leads to exploitation of the child worker.

Additionally abuse can also be in the form of the provision of poor living conditions. While the employers comfortably reside in luxurious abodes, what caters as a living space for the child worker is usually an abandoned, unmaintained room, lacking basic amenities. Also when the child worker is subject to verbal castigation or physical distress, the turmoil gets accentuated. Unless the victim receives fatal injuries, such incidents usually go unnoticed and unreported. Even if reported, the grant of immediate “hush money” as a convenient bait to the victims family, is a tactic well practiced.

Hence what results is the formation of discordant psyches of the child domestic workers. Physically hurt, psychologically dismantled and morally exploited, such modes of abuse tarnish child workers belief in the goodness of people. At a tender age, they experience the veracity of exploitative labour. Their cognitive orientation gets disturbed. In their servitude, they learn the language of silence and subservience. Unable to voice their concerns, they come across as employees unheeded by their employers. Attuned to such servitude, they are robbed off the hope for a better future. For the likes of Zohra, such hopelessness and despair usually materialises in the projection of their desires onto other beings.

The harrowing circumstances surrounding child domestic workers hiring as well as abuse mandates that considerate, yet timely actions are taken to counter this menace. The non-conformity of laws with respect to the hiring of child workers needs to be effectively penalised. Programs must be created to sensitise the people on the repercussions of child domestic servitude and why they must not hire child domestic workers. Similarly, through such programs the guardians of child workers also need to be well informed regarding the toll such exploitative labour has on the psyche and health of their little child. For such children educational programmes should be developed and structured to impart them skills. The government must commence a vocational training scheme that opens up other job options for children coming from deprived social backgrounds.

What constitutes the real fault lines?

Most importantly of all, irrespective of the governments impotency, it is the people who stand the blame for the pervasiveness of such veneers of child abuse and hence must rectify their postures. When did we fail to realise the moral implications of hiring child workers? Where has our empathetic humane streak wandered off?  Why do we fail to gauge that these cherubic faced children are our nation’s collective hope. Instead of relinquishing our responsibilities, we must realise the moral threat we posit when we hire children in labour. We must accept their humanity. They may come from variant socio-economic strata of our society, but that should not covet a menacing response from our end. They are children deserving of love, not of hate. When we would not want our own children to be engaged in child domestic servitude, how is it possible to expect the same from someone’s else child ? It is time we think hard about it. 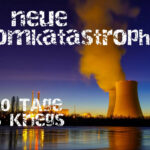 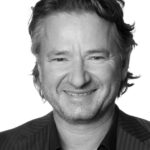 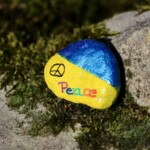 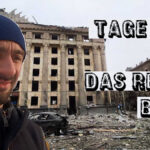