Restless to find me a home

Once I saw the white painted bricks of my birth hospital, I felt I was home. It is crucial for me to find my home somewhere in this world. Aunt Lena from Kazakhstan told me this last week: “Rudi, Merke is your place!”

The white painted bricks were in front of my face, and it hit my heart. I finally got home. This hospital in Merke close to the Mountains of Zhambyl (nowadays Taraz) is a place where I once opened my eyes for the first time. Let me tell you the story of me coming back to this odd place and why it was vital for me to find it.

I have no memory about my time in Kazakhstan. My parents grew up in a subculture among the local people of this widespread village in Merke. They were always proud of being foreign. At least until they arrived for the first time on German land in 1988. My family moved there when I was two years old. Ever since they called ourselves “Russaki”. It was as if the desire to be local had suddenly changed. That was more important than knowing who they are as people and where they belong. Nonetheless, their hearts demanded their own home, as the ancestors had told them again and again: “Our home is in Germany.” But conceivably many of the emigrants never arrived the promised land with their hearts. I’ve taken over the identity of my forefathers for many years because we were just not like them.

Because of some critical moments in my life, I soon began to think a lot about the question: What determines my origin? I often felt like I was in that song by Winston Yellen:

My own life has taken its toll…

Cause I’ve been out on the road

Travelin’ with no place to go

Driving out to Frisco

And dying to find me a home

Later I learned I am a third culture kid. There is no home in Germany for me, at least back then. 2016 became a favorite year for me – the first time after 28 years I flew with my parents to Kazakhstan. What an exciting moment. During those two weeks, I kept on having a bunch of new questions about home in my thoughts. So I flew two times again one year later.

A Child behind my seat in the airplane was crying out loud for almost 30 min. I was bothered by it but thought right away:

We are coming into the world. We are growing up and coming over a lot of challenges in our lives. Even if the environment tells us to cope with it, we realize another deep longing. Nevertheless sometimes, only sometimes we start crying like a baby because deep down we know something hurts and we can not hold it anymore.

Under the scream of fear, the child on the plane was shouting out one word. Again and again: “Home, home, home…” A lovely elderly woman tried to distract the child. When she lost her patience, she told him to stop crying, because it is not allowed to wail in a plane.

I got obsessed by the thought: Give the baby a microphone and let him share his thoughts about the non-crying rule and the meaning of home.

But babies cannot tell stories, they only know how to cry – that’s their way of expressing what they feel deep down. Maybe home is not only about a place, but the people who are flying with us, perhaps home is where our family and friends are.

The woman could have shown the child a new temporary home. He was blind to the opportunities in this plane: flying over the clouds for the first time in his life, the possibilities of being on the other side of the world in a matter of hours. I learned humans can be blind by choice. More and more I get this feeling that you are able to choose home, whether it is the city you were born in or the new place you decided to find love. I am still not sure I am talking about that deep connection with a situation, emotions, and people or just the culture you adapted as a child. The child was screaming home because of the fear that he was going somewhere unknown out of his comfort zone. He might be comfortable to be home only there where he feels safe and familiar.

But once I saw the white painted bricks of my birth hospital, I felt I was at home. And I didn’t decide it. I only went out of my comfort zone. To be honest, it was an astounding and terrifying feeling. Maybe home consists of a little bit of choice and a little bit of your own history. It is crucial for me to find my home somewhere in this world. Aunt Lena from Kazakhstan told me this last week: “Rudi, Merke is your place!” 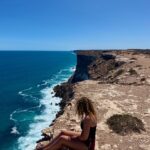 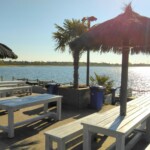 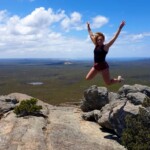 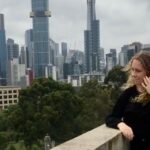