Between green hills and blue people: What I have learned in my ERASMUS semester in Ireland

Aktuelle Seite: Startseite / Engagement / Between green hills and blue people: What I have learned in my ERASMUS semester in Ireland
Engagement
8 Min.   von Sabrina Wideburg

Sláinte! Saúde! Chin Chin! Skål! Kippis! These exclamations and others you could hear every day, shouted out in pubs, clubs and student dorms. When I started my ERASMUS semester in Limerick in Ireland, I expected to improve my English skills. What I did not expect was that I would get in touch with a most astonishing variety of languages, cultures and people.

If you would ask me now for example “how are the Irish?”, I would just shrug my shoulders and reply that I cannot tell much about them, but about the Spanish, French or Americans, which were among the nationalities best represented in my student village. I, for example, lived with four American girls, one French, one Norwegian, and one Swiss girl in my house. The consequences of this mix of people was the always available Swiss chocolate, the smell of fish being prepared in the kitchen and an amazing Thanksgiving dinner with the first turkey I have ever eaten and a huge variety of stuffing and casseroles. This close contact to other international students is not the only thing that I did not expect from my stay in Ireland. To give you a quick overview of the things, expected and unexpected, I learned during that semester, I wrote a list of the most essential experiences I was allowed to make. Unfortunately this list was too long to put it into one article, so this is part one of a series of two articles.

1. The friendliness and helpfulness of the Irish

When I arrived in Ireland, the first thing I noticed was that I was really, really badly prepared. It turned out that I could not move in directly into my student accommodation (I was too early for that), so I had to stay one night at a hotel, the only accommodation close to the campus. But thanks to this unplanned and certainly quite expensive night in the hotel, I had my first encounter with the extreme friendliness and helpfulness of the Irish if one is just willing to ask. This impressive helpfulness accompanied me during my first week on campus as well, which was organized as an orientation or welcome week for all the international students to show them around the campus and explain the possibilities of acting out ones interests. Members of the international society welcomed me when I moved into my new room (they even carried my luggage!!) and one of the bars on campus offered a welcome-breakfast to which I headed together with other students of my student village minutes after moving in.

2. Studying abroad as a microcosm

Fearing to spend the next couple of months unloved and alone, everybody was eager to meet people, so the first friends were made quickly and company for parties or exploring the city was always available. My first few days seemed to consist of simply repeating the words “hey, how are you, where are you from, I am from Germany”. I never had made friends that quickly before. It is like studying abroad puts one into a kind of microcosm, in which time goes by with a different speed. As we all just had about three and a half months in Ireland, group forming processes were carried out in fast motion, with people meeting, matching, forming friendships that go surprisingly deep and then in the end parting, saying goodbye crying, but with just a small hope to ever see the other persons again.

3. The usefulness of clubs and societies

Orientation week was one first milestone in getting to know people and – equally important – it offered the opportunity to sign up for clubs and societies. I signed up for the Outdoor Pursuits Club (OPC), the Swimming Club, the International Society and the Music Society. It was a lot, but considering the sheer endless amount of possibilities, I felt quite like restricting myself in the beginning. This organized way of acting out after-school-activities in clubs and societies was something quite new for me. In my home university we have a certain offer of sports training courses we can sign up for, we have a choir, an orchestra and a theater group, but there is no such thing like a “central event” where one can see the different offers of the different clubs and societies and then decide which to join. I reckon that being a member of a club or society is therefore much less common here in Germany. At UL, becoming part of a club or a society was easy, one just had to pay five euro for becoming a member and then was able to use the various offers. For every future ERASMUS student I can just strongly recommend to join clubs and societies in general and I can particularly recommend becoming part of the International Society and the Outdoor Pursuits Club.

The International Society organized trips and events specifically for international students to let them discover the country and to go out and meet people. The trips offered by the International Society were pretty cheap and included a bus-ride to a specific town or sight-seeing place. Mostly there were a lot of other small things to see on the way there, which made these organized trips favorable over a self-organized trip, where there is no possibility to stop halfway to the destination point to have a look at another castle, beautiful landscape or town. I took part in a trip to the Aran Islands (highly recommendable, the trip on the ferry was included in the price and very adventurous, as the waves of the wild Atlantic Ocean made the boat swinging and gave the impression of being on a rollercoaster), to Blarney Castle and Cork (there you should kiss the Blarney Stone to receive the gift of the gab, together with the germs of thousands of people who did that before) and to the medieval sites of county Tipperary, including the Rock of Cashel and the Athassel Priory (the biggest playground I have ever been to.. huge ruins of Ireland’s oldest and largest medieval priory where one can climb on the walls and discover different floors and rooms of the ruin). Apart from these trips, the International Society also organized the legendary International Night, a party taking place every Friday night in the biggest student club on campus.

The OPC also offered trips – exhausting but beautiful hiking trips – through the amazing landscape of Ireland. I can just strongly recommend these trips, as they offered one of the best opportunities to discover the nature and countryside. Most trips were daytrips, for example to the Killarney national park where we climbed the highest mountain of the country, the Carrauntoohil with 1.024 meters, but the OPC also organized weekend trips, both within Ireland as well as within other countries (e.g. Wales). The big advantage of these organized trips was that they provided the cheapest and fastest way possible to reach mountains and national parks. I made the experience by myself that using only public transport it is really, really expensive and time-consuming to get to these points. To Connemara national park for example there is no bus going apart from organized day trips, so you have to rely on a taxi from a town nearby to get there. Once at the foot of the mountain, finding the way up without getting stuck in the moody and swampy ground is an adventure with the aid of the experienced members of the OPC, and probably rather impossible without. Apart from joining these trips members of the OPC can also use the climbing wall on campus for free, a possibility I used far too rarely.

4. A Limerick from Limerick

Some people might have started to read this article thinking “I always thought “Limerick” is a form of a poem, not a city”. For these people, and also because I love poems I want to list a limerick I wrote for a postcard. Apart from that I also think it pretty much sums up the mentality of the Irish, their easy and sociable manner and their love for alcohol:

“A young girl from Dublin loved whisky,
All drunk in the pub she cried “kiss me”.
Now she’s pregnant, oh worry,
The moral of the story,
Watch out too much whisky is risky!”

If you are interested in what else I’ve learned about Ireland, what are the “true” Irish stereotypes and if I met a leprechaun I invite you to read my second article, which will soon be published. 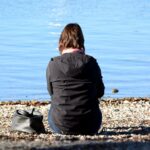 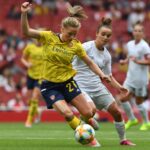 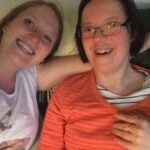 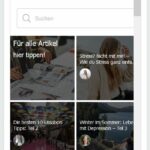